Learn German by Myself | EP.4 Complicated Plural! And How to Greet in German & Swiss-German 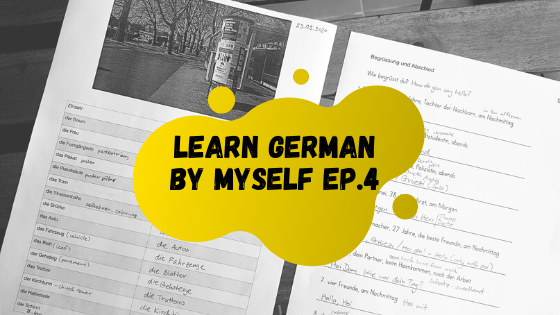 [23.5.2020] Here we are again for the German class with Eva and P'Joy. I have to admit that the last whole week, I didn't practice German at all because my full-time job was super crazy. So many things to think about. To be honest, it killed my eager to learn German a bit. But just A BIT though! I told you before that I'll not give up easily this time so here we go!

Today's lesson was not that complicated but still, it's German so no way I would say it's easy. As mentioned in the headline, this week we learned about Einzahl vs. Mehrzahl, which basically means singular and plural. Eva taught us some new vocabulary from the photo that we talked about last week. 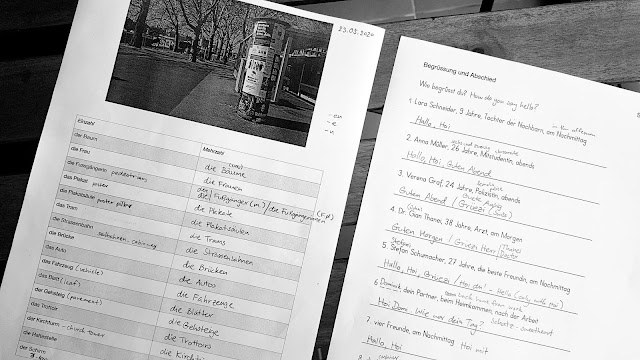 [Warning: The following content is from my understanding only. Not covering all grammar rules. So please feel free to suggest what to improve or what to learn more in the comment!]

In English, we pluralize a word by adding -s at the end of the noun, right? I hope it's that simple in German. So after we reached half of the page, I decided to ask Eva whether there are any rules about pluralizing words.

She didn't explain all the rules since we tried to speak more than just learning grammar here. So we briefly talked about it and it seems like you have to add -en / -e / -n for the basic stage such as

Other than that if it's a foreign word, then you add -s such as

(Btw, can anyone teach me how to write ß (Eszett) as a handwriting? I still don't know up until now and my Swiss boyfriend also has no idea about it since he's been using only 'ss' instead of ß in Swiss German. What I do is just trying to combine 'p' and 'B' together which looks super weird to me lol. Is that correct? Please, anyone, let me know! lol)

Der Schirm ist hinter dem Bäumen (dem Baum - as singular) - The umbrella is behind the trees.
Der Bus stoppt an der Haltestelle. - The bus stops at the bus stop. (Hahahaha I like the translation of this one 😆)

Then after we were done with plural words, we moved to another lesson which was Begrüssung und Abschied (Greeting and Farewell). The exercise was to identify the person and then find the suitable and appropriate greeting words to say to that person. This seemed to be quite basic and unnecessary to learn but somehow I think it was super useful!

Even in English, you learn how to say hi to a 9-year-old girl and a 50-year-old doctor differently, don't you? That's exactly what we learned today. What's more challenging was that Eva taught us both German and Swiss German at the same time! How fun was that, eh? LOL

[24.5.2020] On the next day, we switched to another lesson which is how to answer to 'How are you?' or in German is 'Wie geht es dir?' Here are some sentences that you can choose to reply;

These were pretty much what we learned this weekend. I kind of promise to myself to at least try to revise some of these lessons during this week as well so I don't feel lost during the next class. Thanks for following my blog with #LearnGermanByMyself so far! Have a good week and stay safe! 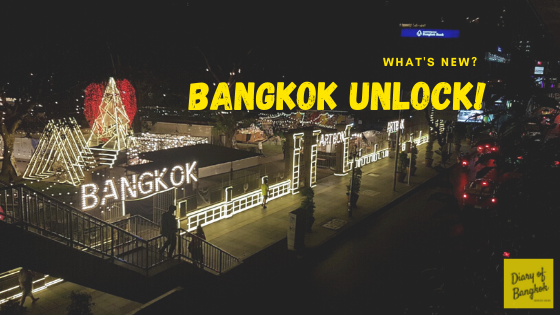 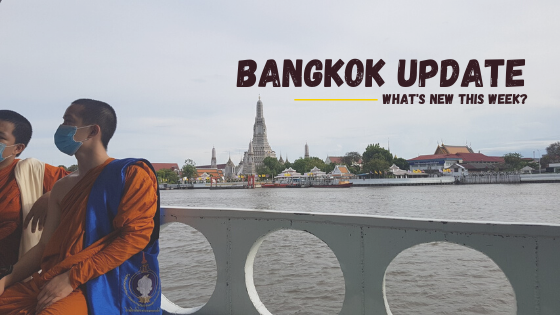